The tobacco industry uses the same tactics as 'MLM' bosses

For Decades, right under the noses of independent law enforcement agents, prosecutors, journalists, etc., a syndicate of US-based 'Multi-Level Marketing income opportunity' racketeers has been using a significant proportion of its members' ill-gotten gains to pay an army of 'lobbyists' as well as to co-opt academics, politicians and former senior law enforcement agents. These naive, and/or corrupt, intellectual prostitutes have then infiltrated, and subverted, the democratic process in various countries around the world in order that their paymasters can continue to commit fraud (on a scale which beggars belief).

Behind the infiltration, and subversion, of the democratic process, the clandestine criminal objective of 'MLM' bosses has been to rewrite legislation concerning closed- market swindles, or pyramid scams, dissimulated as 'direct marketing schemes.' This legislation was ostensibly designed to protect the public, but (due to the malign influence of 'MLM' racketeers and their de facto agents) has lately become so vague and inaccurate in many countries, that the law has become a license to exploit the public without any immediate risk of being held to account.


If the mainstream media was ever to launch a rigorous enquiry into 'MLM income opportunity' racketeering, then it would discover that the tactics which its billionaire bosses have been employing, are neither original nor unique.

This week, in its award winning series, 'Cash Investigation,' French network television channel 2 broadcast a chilling documentary, Industrie du tobac: le grande manipulation (Tobacco Industry: the great manipulation')' which revealed the extraordinary (some would say criminal) lengths, the bosses of world's major cigarette companies have gone to, to infiltrate, and subvert, the democratic process in Europe.

Each year, at least 7 millions people are dying around the world as a direct result of smoking cigarettes (including approximately 700 000 citizens of the European Union). The exact financial cost of treating tobacco-related illness remains almost impossible to calculate. However, the world's major tobacco companies have been declaring approximately $50 billions profits annually out of their deadly industry. 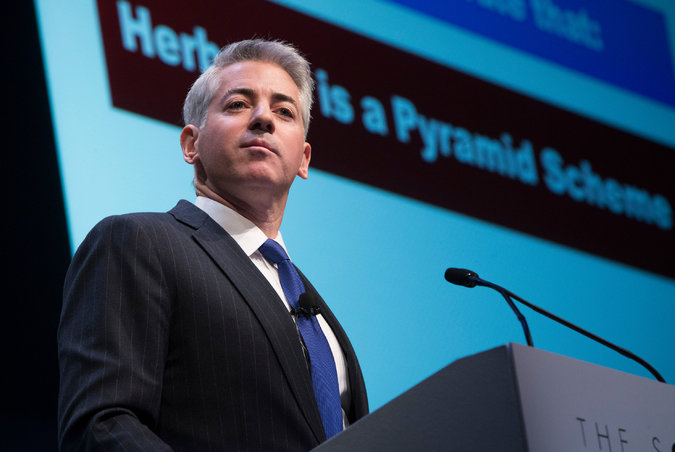 A while ago, the impression was created  that (purely out of greed) hedge fund manager, Bill Ackman, had been diverting a significant amount of Pershing Square Capital Management's assets to persuade US elected representatives, and public officials, to destroy 'Herbalife.'


However, after examining the available data, an entirely different picture emerges. In fact, when it comes to persuading opinion makers, the 'Herbalife' racketeers have been massively outspending Ackman, and Pershing Square, over the last two years:

Not surprisingly, 'Herbalife' has significantly increased its lobbying budget since Ackman announced his short in December 2012.

As a percentage of annual revenue, 'Herbalife's', lobbying expenses also quadrupled during 2012 - 2014, but that is not all there is to it; for while many large commercial companies have considerable lobbying budgets, one rarely finds one that spends as much of its revenue on lobbying as 'Herbalife.'

'Herbalife' steadfastly pretends to be an entirely legitimate 'direct selling enterprise' and part of the 'nutrition industry.' In which case, 'Herbalife' should consider companies like Unilever and Procter & Gamble to be its main competitors. However, these companies spend only a fraction of their revenue on lobbying compared to 'Herbalife'. As a percentage of annual turnover, 'Herbalife' has lately been spending 3 and 5 times (respectively) as much annually as P&G and Unilever. In 2014, these highly-revealing figures have climbed to an estimated 7 and 12 times (respectively).

Furthermore, 'Herbalife' mainly lobbies on issues related to 'trade and finance', whilst authentic nutrition product manufacturers, such as Unilever and P&G, focus on health related issues.

When people are asked which industries they would expect to spend the most money on lobbying? - weapons, tobacco, oil and pharmaceuticals are the most often heard replies. Few people (if any) mention the nutrition industry. Yet, by comparing the lobbying expenses of 'Herbalife' to big tobacco, oil, and pharmaceutical companies, we find a remarkable picture.

The increase in lobbying expenditure made by 'Herbalife' following Ackman's short, has placed this alleged 'nutrition company' on pole position in comparison to weapons manufacturers, tobacco producers and oil, and pharmaceutical, companies. While during 2012 'Herbalife' only managed to outspend Royal Dutch Shell and Philip Morris (from this list), subsequently, the 'Herbalife' racketeers have put even the highest (lobbying) rollers such as Pharmaceutical giant, Pfizer, to shame. As a percentage of annual revenue, 'Herbalife' will lately spend more than twice as much on lobbying as Pfizer, 4 times as much as BAE Systems, 8 times as much as Philip Morris, and a staggering 24 times as much as Royal Dutch Shell.

The lobbying activity of 'MLM' racketeers has not been limited to the USA. Like Philip Morris, both 'Amway' and 'Herbalife' have found their way to Brussels.

Not surprisingly, the lobbying activities of 'Herbalife' in the EU are slightly less shocking than in the USA. So far, Ackman's short has only made regulatory action imminent in the USA. THE 'Amway' bosses however, have committed a vast amount of stolen money to persuading EU officials to allow them to continue to thieve from the citizens of Europe - currently, almost 2 millions euros per year (and that is only what has been officially declared).

- All total lobbying expenses for 2014 are projected (i.e. the amounts reported for the first half year were doubled).
.
- 2013 revenues were used to estimate  2014 revenues.

- To avoid issues with exchange rate differences, the percentages for the EU were calculated using lobbying expenses in euros, and turnover in US dollars.