According to the pernicious Utopian fairy story entitled 'Herbalife' (which  Michael Johnson and his criminal associates continue to peddle as total reality), 'Herbalife's founder,' Mark Reynolds Hughes (1956-2000), was a great 'Visionary' - an exemplary human being and 'philanthropic businessman' - an ordinary guy who (starting with virtually nothing), overcame adversity to 'achieve his dreams and goals,' and whose only purpose in life was to 'help others to achieve their own dreams and goals.' 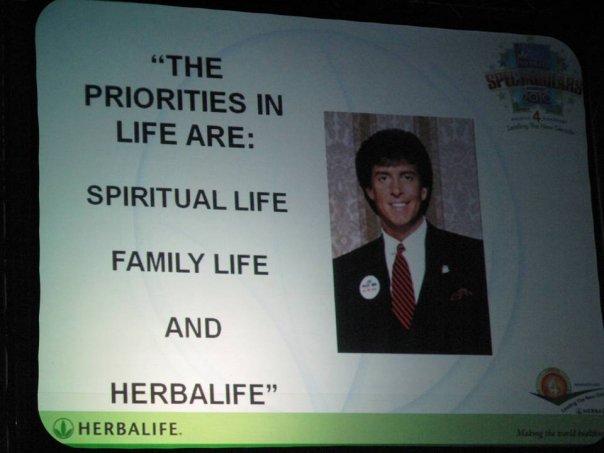 In the adult world of quantifiable reality, Mark Hughes was an 'MLM income opportunity' racketeer  - a good-looking, well-groomed, well-tanned and well-rehearsed (but otherwise-mediocre) little charlatan who amassed a vast fortune unlawfully - seducing, cheating and silencing an endless-chain of victims by steadfastly pretending moral and intellectual authority. Mark Hughes undoubtedly suffered from severe and inflexible Narcissistic Personality Disorder (NPD), but as a teenager, his addiction to alcohol and drugs, had brought him into contact with a blame-the victim cultic racket known as 'CEDU'  (pronounced 'see do') - a spin-off of 'Synanon' a.k.a. 'The Church of Synanon.'

In 1974, aged 18, Hughes was a full-time (non-salaried) shill for the 'CEDU' racket. i.e. For a small cut (allegedly 5%), he targeted affluent individuals in California; gathering 'donations' for his masters by pretending that he was the living proof that 'CEDU' was able to transform losers into winners. Throughout the 1970s, Hughes (who looked the part and was a confident performer) acted essentially the same role for various fly-by-night 'MLM income opportunity' racketeers. They were hiding their criminal enterprise behind claims to be selling 'dietary products' (i.e. effectively unsaleable pseudo-medical wampum). Finally, in 1980, aged 24, Hughes instigated his own slightly more-sustainable, copy-cat 'MLM' racket which he labelled 'Herbalife.'

Twenty years, and 4 (former Beauty Queen) trophy wives, later, Hughes had been allowed to sell effectively-valueless shares in 'Herbalife' on Wall St. He was now a $ multi-millionaire, but behind the kitsch rags to riches fairy story, he remained chronically addicted to alcohol and prescription drugs. At this time, had the truth about Hughes precarious mental and physical state become public knowledge, then his entire racket (which was built on his own fake iconic status) would probably have collapsed. However, Hughes was then found dead in highly-suspicious circumstances (apparently from an accidental, alcohol-laced overdose of anti-depressants). Thus, a new generation of 'Herbalife' bosses was able to maintain the instigator's monopoly of information; allowing Hughes' absurd racket to expand to billion-dollar proportions (right under the noses of regulators, journalists, law enforcement agents, etc.).

Classically, the co-ordinated, devious techniques of social, psychological and physical persuasion which Mark Hughes, and his successors, employed to instigate, and maintain, the 'Herbalife' racket, are neither original nor unique. The great weakness of all totalistic cults, is that, once you know how they function by deceiving their adherents into accepting a Utopian fiction as fact, the inflexible reality-inverting reactions of these groups to any challenge to their authenticity, can be predicted with almost 100% accuracy. It should also be remembered, that both the leaders and core-adherents of cults are dissociated from external reality, and that the unquestioning obedience of the core-adherents to their group's controlling-fiction only serves to confirm, and magnify, the leaders' existing delusions of grandeur.

‘Narcissistic Personality Disorder,’ is a psychological term first used in 1971 by Dr. Heinz Kohut (1913-1981). It was recognised as the name for a form of pathological narcissism in ‘The Diagnostic and Statistical Manual of Mental Disorders 1980.’ Narcissistic traits (where a person talks highly of himself/herself to eliminate feelings of worthlessness) are common in, and considered ‘normal’ to, human psychological development. When these traits become accentuated by a failure of the social environment and persist into adulthood, they can intensify to the level of a severe mental disorder. Severe and inflexible NPD is thought to effect less than 1% of the general adult population. It occurs more frequently in men than women. In simple terms, NPD is reality-denying, total self-worship born of its sufferers’ unconscious belief that they are flawed in a way that makes them fundamentally unacceptable to others. In order to shield themselves from the intolerable rejection and isolation which they unconsciously believe would follow if others recognised their defective nature, NPD sufferers go to almost any lengths to control others’ view of, and behaviour towards, them. NPD sufferers often choose partners, and raise children, who exhibit ‘co-narcissism’ (a co-dependent personality disorder like co-alcoholism). Co-narcissists organize themselves around the needs of others (to whom they feel responsible), they accept blame easily, are eager to please, defer to others’ opinions and fear being seen as selfish if they act assertively. NPD was observed, and apparently well-understood, in ancient times. Self-evidently, the term, ‘narcissism,’ comes from the allegorical myth of Narcissus, the beautiful Greek youth who falls in love with his own reflection.

Death and Denial at Herbalife

'Herbalife' has been the corporate front for a classic blame-the-victim 'MLM Income Opportunity' cultic racket, in which a series of grinning shills have all duplicated the kitsch example of the group's narcissistic instigator, Mark Hughes, and steadfastly pretended to be ordinary poor humans who have suddenly transformed into happy, healthy and wealthy superhumans - due to their acquisition of a secret knowledge which they are prepared to share with anyone (for a price).

The following links have been posted in response to recent requests for detailed information about how the 'Herbalife' racket has functioned in the UK. 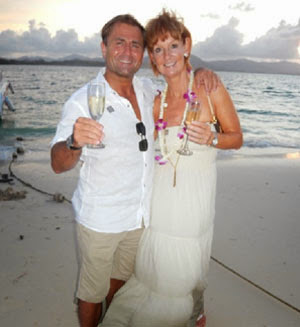 David Bevan and Jane Clark have been amongst Britain's most visible, and dangerously-deluded, 'Herbalife' shills.

Links to Other Senior Distributors

[The photos of Bevan and Clark with Mark Hughes were posted on Facebook in 2009 and 2011, but obviously were taken some time prior to Hughes’ death in 2000.]

[1] All registration filings listed for Bevan and Clark are publicly available by searching the U.K. Companies House website athttp://wck2.companieshouse.gov.uk//wcframe?name=accessCompanyInfo.
[2] According to http://companycheck.co.uk/director/907513865/MR-DAVID-WAYNE-BEVAN andhttp://companycheck.co.uk/director/907513861/MS-JANE-LESLEY-CLARK, Bevan and Clark were both directors of B.I.G. Entrepreneurs U.K., B.I.G. Investments, B.I.G. Chartering, and B.I.G. Heli-Charter.
[3] All three videos are available at http://factsaboutherbalife.com/?s=david+bevan.
[4] To the extent that any of the videos in this report requires a password, the password is “bevan”.