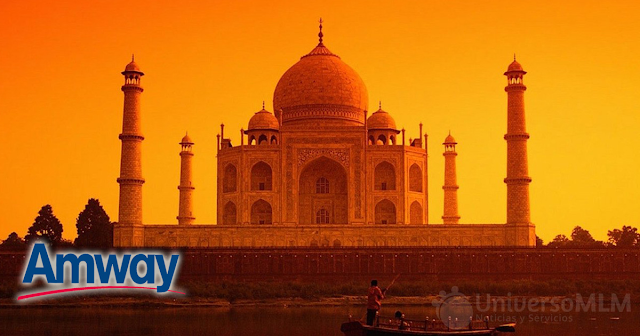 The Enforcement Directorate (ED) has attached assets worth over Rs 757 crore of one of the country’s most known multi-level marketing (MLM) and direct-selling companies, Amway India, as part of a money-laundering investigation.

The federal agency issued a statement on Monday, alleging that the company was perpetrating a “scam” by running a pyramid “fraud” in the guise of direct-selling MLM network.

“The entire focus of the company is about propagating how members can become rich by becoming members. There is no focus on the products. Products are used to masquerade this MLM pyramid fraud as a direct-selling company,” the ED alleged.

An Amway spokesperson said they are cooperating with the authorities “towards a fair legal, and logical conclusion of the outstanding issues”.

The ED issued a provisional order under the Prevention of Money Laundering Act (PMLA) for the attachment of assets worth Rs 757.77 crore belonging to Amway India Enterprises Private Limited.

It said the company is accused of “running a multi-level marketing scam”.

The attached properties include land and factory buildings of Amway located in Dindigul district of Tamil Nadu, plant and machineries, vehicles, bank accounts and fixed deposits.
Of the total attachment value, immovable and movable properties are worth Rs 411.83 crore, while the remaining amount of Rs 345.94 crore is deposited in 36 bank accounts “belonging” to Amway, the agency said.

Amway said the ED action was about an investigation dating back to 2011 and since then, the company has been cooperating with the agency and has shared all the information sought by it from time to time.

“Amway has a rich history of maintaining the highest levels of probity, integrity, corporate governance and consumer protection, which are much ahead of time in the interest of the consumers at large,” the spokesperson said.

Officials involved in the probe said the company had been operating in the country for years and many people were linked to its MLM scheme.

“A money-laundering investigation by the ED revealed that Amway is running a pyramid fraud in the guise of direct-selling multi-level marketing network.

“Without knowing the real facts, the common gullible public is induced to join as members of the company and purchase products at exorbitant prices and are thus, losing their hard-earned money,” the federal agency said.

The new members, it said, are not buying the products to use those, but to become rich by becoming members as showcased by the upline members.

“The reality is that the commissions received by the upline members contribute enormously in hike of prices of the products,” it said.

The money-laundering probe found out that Amway brought Rs 21.39 crore as share capital in India during 1996-97 and till the financial year 2020-21, it remitted a “huge” amount of Rs 2,859.1 crore in the name of dividends, royalty and other payments to their investors and parent entities.

Companies like Britt Worldwide India Private Limited and Network Twenty One Private Limited also played a “major role” in promoting Amway’s pyramid scheme by conducting seminars for joining members under the guise of sale of goods by enrolment of members in the chain system, it alleged.

“The promoters are conducting mega conventions and flaunted their lavish lifestyle and used social media to lure gullible investors,” the ED said.

The company spokesperson said the recent inclusion of direct selling under the Consumer Protection Act (Direct Selling) Rules, 2021 has brought in the much-needed legal and regulatory clarity for the industry, while again confirming Amway India’s continuous compliance with the spirit and letter of all laws and regulations in India.

“As the matter is sub-judice, we do not wish to comment further,” the spokesperson said.
The Centre had, in December 2021, banned direct-selling companies from promoting pyramid and money-circulation schemes as it notified new rules for the direct-selling industry.

More than half a century of quantifiable evidence proves beyond all reasonable doubt that:

________________________________________________________________________
*A 'Long Con' is a form of fraud maliciously designed to exploit victims' existing beliefs and instinctual desires and make them falsely-believe that they are exercising a completely free-choice. 'Long Cons' comprise an enticing structured-scenario of control acted out as reality over an extended period. Like theatrical plays, 'Long Cons' are written, directed and produced. They involve leading players and supporting players as well as props, sets, extras, costumes, script, etc. The hidden objective of 'Long Cons' is to convince unwary persons that fiction is fact and fact is fiction, progressively cutting them off from external reality. In this way, victims begin unconsciously to play along with the controlling-scenario and (in the false-expectation of future reward) large sums of money or valuables can be stolen from them. Classically, the victims of 'Long Cons' can become deluded to such an extent that they will abandon their education, jobs, careers, etc., empty their bank accounts, and/or beg, steal, borrow from friends, family members, etc.

_______________________________________________________________
** The enticing structured-scenario of control fundamental to all 'rigged-market swindles' is that people can earn income by first contributing their own money to participate in a profitable commercial opportunity, but which is secretly an economically-unviable fake due to the fact that the (alleged) opportunity has been rigged so that it generates no significant, or sustainable, revenue other than that deriving from its own ill-informed participants. For more than 50 years, 'Multi-Level Marketing' racketeers have been allowed to dissimulate rigged-market swindles by offering endless-chains of victims various banal, but over-priced, products, and/or services, in exchange for unlawful losing-investment payments, on the pretext that 'MLM' products/services can then be regularly re-sold for a profit in significant quantities via expanding networks of distributors. However, since 'MLM' products/services cannot be regularly re-sold to the general public for a profit in significant quantities (based on value and demand), 'MLM' participants have, in fact, been peddled infinite shares of their own finite money (in the false expectation of future reward).

Thus, in 'MLM' rackets, the innocent looking products/sevices' function has been to hide what is really occurring - i.e The operation of an unlawful, intrinsically fraudulent, rigged-market where effectively no non-salaried (transient) participant can generate an overall net-profit, because, unknown to the non-salaried (transient) participants, the market is in a permanent state of collapse and requires its non-salaried (transient) participants to keep finding further (temporary) de facto slaves to sustain the enticing illusion of stability and viability.
Meanwhile an insignificant (permanent) minority direct the 'Long Con' - raking in vast profits by selling into the rigged-market and by controlling/withholding all key-information concerning the rigged-market's actual catastrophic, ever-shifting results from its never-ending chain of (temporary) de facto slaves.
Although cure-all pills potions and vitamin/dietary supplements, household and beauty, products have been most-prevalent, it is possible to use any product, and/or service, to dissimulate a rigged-market swindle. There are even some 'MLM' rackets that have been hidden behind well-known traditional brands (albeit offered at fixed high prices). Some 'MLM' rackets have included 'cash-back/discount shopping cards, travel products, insurance, energy/communications services' and 'crypto-currencies' in their controlling scenarios.
No matter what bedazzling product/service has been dangled as bait, in 'MLM' rackets, there has been no significant or sustainable source of revenue other than never-ending chains of persons under contract to the 'MLM' front companies. These front-companies always pretend that their products/services are high quality and reasonably-priced and that for anyone prepared to put in some effort, the products/services can be sold on for a profit via expanding networks of distributors based on value and demand. In reality, the underlying reason why it has mainly only been (transient) 'MLM' contractors who have bought the various products /services (and not the general public) is because they have been tricked into unconsciously playing along with the controlling scenario which constantly says that via regular self-consumption and the recruitment of others to do the same, etc. ad infinitum, anyone can receive a future (unlimited) reward.
I've been examining the 'MLM' phenomenon for around 20 years. During this time, I've yet to find one so-called 'MLM' company that has voluntarily made key-information available to the public concerning the quantifiable results of its so-called 'income opportunity'.
Part of the key-information that all 'MLM' bosses seek to hide concerns the overall number of persons who have signed contracts since the front companies were instigated and the retention rates of these persons.
When rigorously investigated, the overall hidden net-loss churn rates for so-called 'MLM income opportunites' has turned out to have been effectively 100%. Thus, anyone claiming (or implying) that it is possible for anyone to make a penny of net-profit, let alone a living, in an 'MLM,' cannot be telling the truth and will not provide quantifiable evidence to back up his/her anecdotal claims.

Although a significant number of 'MLM' front-companies (like 'Vemma', 'Fortune Hi-Tech Marketing', 'Wake Up Now') have been shut-down by commercial regulators, some of the biggest 'MLM' rackets (like 'Amway' ,'Herbalife', Forever Living Products' ) have continued to hide in plain sight whilst secretly churning tens of millions of losing participants over decades

The quantifiable results of the self-perpetuating global 'Long Con' known as 'Multi Level Marketing,' have been fiendishly hidden by convincing victims that they are 'Independent Business Owners' and that any losses they incurred, must have been entirely their own fault for not working hard enough.
Blog readers should observe how (in the above linked-videos) chronic victims of 'MLM' cults are incapable of describing what they were subjected to in accurate terms. Even though they are no longer physically playing along with the 'Long Con's' controlling-scenario, they unconsciously continue to think, and speak, using the jargon-laced 'MLM' script - illogically describing themselves as 'Distributors.'

Chronic victims of blame-the-victim cultic rackets who have managed to escape and confront the ego-destroying reality that they’ve been systematically deceived and exploited, are invariably destitute and dissociated from all their previous social contacts. For years afterwards, recovering cult victims can suffer from psychological problems (which are also generally indicative of the victims of abuse):