This Blog has previously received comments from intellectually-castrated 'Amway' worshippers, wanting to know how I can possibly accuse members of the DeVos and VanAndel clans of being crooks, when they have given so much money to charity; particularly, 'UNICEF?'

Predictably, this Blog has now received almost identical comments from an intellectually-castrated worshipper of 'Lyoness,' who wanted to know how I can possibly accuse Hubert Freidl of being a crook, when the mainstream media reports that he has created a 'children's charity?'

The following is my reply; for the apparently saintly 'Amway' mob and Hubert Freidl, are far from being alone as arrogant little narcissists hiding behind a sanctimonious public façade of  philanthropy in order to prevent, and/or divert, investigation of abusive crimes against numerous vulnerable victims. 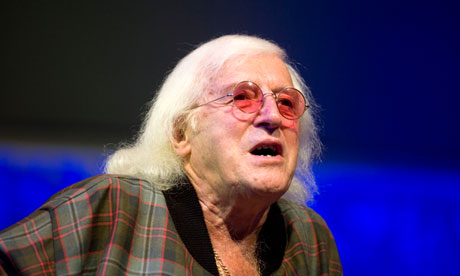 Last year, the media reported the death of a 'British Icon/legend,' Sir James Wilson Vincent Savile OBE KCSG (1926-2011). His official obituaries were universally positive, although it is highly-revealing to note that the media made little of the fact that Savile died alone, whilst the editors of certain well-known publications were so lazy that they couldn't even be bothered to find an accurate spelling of his name.
http://www.people.co.uk/news/uk-world-news/2011/10/30/telly-legend-sir-jimmy-saville-dead-aged-84-102039-23524599/

Born the youngest of 7 children in a lower middle-class family in the Yorkshire city of Leeds, Savile spent the latter years of WWII as a conscripted coal miner. After recovering from a spinal injury caused by an explosion, for a while after WWII, Savile was known as an aspiring semi-professional cyclist and professional wrestler, but he is credited with being the person who, in 1947, invented the profession of Disc Jockey (i.e. using a microphone to introduce continuous recorded dance music on twin turntables). A flamboyant, eccentric and classless personality, who perfectly reflected the spirit of Britain in the 1950s and 1960s, Savile transferred from owning, managing and performing in dance halls, to presenting radio and television. 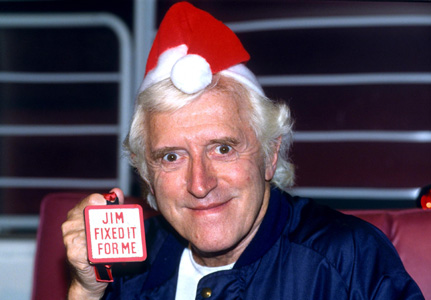 Savile became particularly associated with the British Broadcasting Corporation (BBC) where, from the 1960s to the 1990s, he fronted various popular radio and television shows. 1975-1994, he played the role of a kitsch, Rolls-Royce driving, cigar-smoking 'Santa' usually dressed in a track suit or lounge suit and dripping with gold jewellery, on a television show called 'Jim'll Fix It.' At the height of Savile's fame, 'Jim'll Fix It' (on which he fulfilled the dreams of  ordinary folk, but particularly, under-privileged youngsters) attracted huge television audiences. He is one of the few celebrities to have featured twice on the UK version of 'This is Your Life.' Apart from his career in entertainment, which made him into a multi-millionaire, Savile (a practising 'Roman Catholic') is estimated to have raised around £40 millions for charity, particularly Stoke Mandevile Hospital (which specializes in spinal injuries), where he worked as a volunteer porter and was given his own apartment.

Savile also worked as a volunteer porter at the Leeds General Infirmary and at Broadmoor secure hospital (in which some of the most dangerous criminally-insane offenders in Britain are held).

In 1988, Savile chaired a task force to advise on the governing of Broadmoor. Again he was given his own apartment at Broadmoor. Savile also supplied substantial funds  to sponsor Leeds University medical students in the University Research Enterprise scholarship scheme. 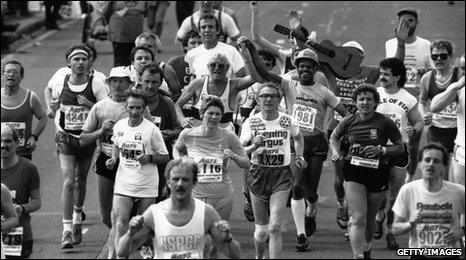 Savile became a celebrated charity marathon runner; finishing the London marathon as recently as 2005, when he was 79 years old. 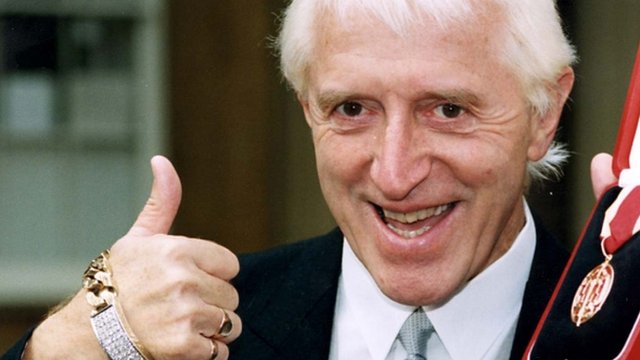 As result of his charity work, in 1972, Savile was appointed Officer of the Order of the British Empire. However, in 1990, he was awarded a Knighthood in the Queen's Birthday Honours list. Later in 1990, Savile was created Knight Commander of the Order of Saint Gregory the Great, by Pope John Paul II. Over the years, he was also awarded a string of honorary academic titles. Savile was also described as a friend of the late Princess Diana and a friend and unofficial adviser to Prince Charles. 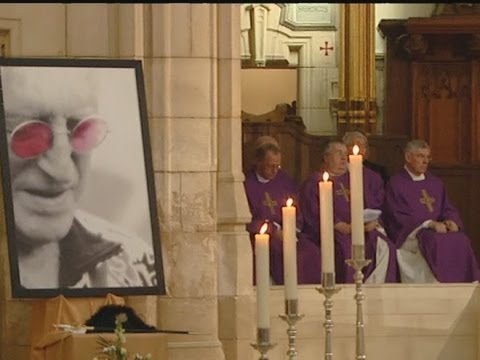 In October 2011, Savile's funeral (for which he left detailed instructions) included the public displaying of a his closed gilded coffin in the Queen's Hotel Leeds, followed by a service at Leeds Cathedral and burial in the Yorkshire coastal resort of Scarborough. 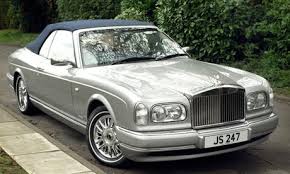 This summer, an auction of Savile's personal possessions (including a silver Rolls-Royce convertible) raised several hundred thousands pounds for charity.

http://www.dailymail.co.uk/news/article-2211463/Jimmy-Savile-As-pressure-grows-BBC-cover-women-come-forward-ordeals.html
Last month, various UK newspapers reported that a number of women were claiming that they had been sexually-molested or raped by Savile during the 1960s and 1970s. One of these persons was just 14 years old at the time, but it was believed that Savile had targeted girls as young as 12. An independent television documentary, broadcast October 3rd 2012, contained the same allegations and interviews with Savile's victims. The London Metropolitan Police have announced, that as a result of the recent media exposure, they have received 400 lines of inquiry, and that they are dealing with over 200 persons (including two men) who say that they were victims of Savile's hidden criminal activities. However, this appears to be just the tip of an iceberg; for it has finally been revealed that, in the past, Savile was the object of a string of complaints to the police, and to the press, dating back to the late 1950s, but he was never held to account. Numerous persons (including former BBC colleagues, hospital staff, patients, etc.) have all come forward to testify that they knew all about Savile's abusive behaviour, but felt obliged to remain silent. They feared that, due to Savile's iconic status and friends in high places, no one would believe them. Other witnesses have testified that their complaints to the management of the BBC about Savile had been trivialised, and/or ignored. It has already been claimed that Savile's young victims could number several hundreds and that many of them will still be too ashamed to come forward. Indeed, this former British 'icon/legend' will now almost certainly go down in history, as Britain's most-prolific, evil and manipulative paedophile.

Although Savile cannot be described as a cult guru, there were evidently some very decent persons in his entourage from whom he deliberately hid the ugly truth and who, at first, defended the saintly character he played. I feel particularly sorry for Savile's former personal assistant, Janet Cope. Even though she was sacked after almost 30 years of loyal service, she tried to convince reporters that her boss' behaviour is explained by the fact that he was besieged with young women admirers in search of casual sex, but she insisted that all the people who have recently claimed to be Savile's under-age victims are liars and fantasists in search of money. Janet Cope then gave further interviews in which she began to confront the reality that she'd been duped. She also described Savile's violent temper and the level of control he held over people around him. 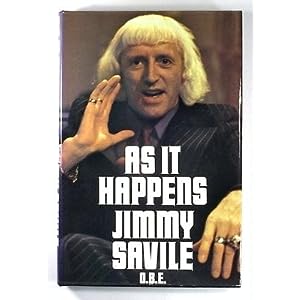 Amazingly, all Janet Cope needed to do to discover the truth, was read Savile's autobiography, 'As it Happens,' published in 1974. In this, he openly boasted and joked about having unlawful sex with a pretty, under-age girl who had run away from a remand home, and of being above the law.
http://timesopinion.tumblr.com/post/32804536645/jimmy-saviles-affections-laid-bare-by-jimmy-savile
This means, that countless persons, including Savile's publishers, his publishers' lawyers, indeed, anyone who read his autobiography of 1974, were party to the written confession of a devious, narcissistic criminal, but they simply ignored it .

'It Was Good While It Lasted' The Director General of the BBC, George Entwistle, announced two internal inquiries into the alleged criminal activities of Jimmy Savile. Mr. Entwistle also stated that he was personally revolted.

Should any more intellectually-castrated worshippers of 'income opportunity' racketeers be considering contacting this Blog to enquire how I can possibly accuse the objects of their unquestioning devotion of being crooks, when they have given so much to charity?, the short answer to their scripted-question is as follows:

During the course of my research into 'income opportunity' racketeers, I have discovered that all of them have attempted to prevent, and/or divert, investigation of their hidden criminal activities by steadfastly pretending to be 'philanthropists.' When seen in isolation (by casual observers), the creation of, and the giving of money to, charity can appear to be perfectly lawful activities. However, in the case of numerous gangs of  'income opportunity' racketeers ('Amway', 'Herbalife', NuSkin', 'Xango', 'Fortune Hi-Tech Marketing', 'Lyoness', etc.) when the wider picture is examined, these same activities are revealed as a blatant attempt to obstruct justice, forming part of an overall pattern of ongoing major racketeering activity.