'Income opportunity' racketeers cover their tracks by blaming their victims. 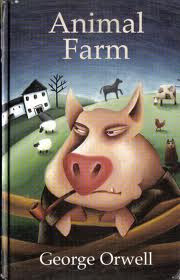 In 1945, whilst most, contemporary mainstream commentators were unable to look beyond the ends of their noses, with a perfect sense of irony, Eric Arthur Blair a.k.a. George Orwell (1903-1950) presented fact as fiction in an insightful 'fairy story' entitled, 'Animal Farm.' He revealed that totalitarianism is merely the oppressors' fiction mistaken for fact by the oppressed.

Sadly, when it comes to examining the same enduring phenomenon, albeit with an ephemeral 'Capitalist' label, most contemporary, mainstream commentators have again been unable to look further than the ends of their noses. However, if they followed Orwell's example, and did some serious thinking, this is the reality-inverting nightmare they would find.

Perhaps the most-notorious example of a cult instigator who was also a prolific sexual abuser, and who was never held to account, is James Warren (a.k.a. 'Jim' or 'Jimmy') Jones (1931-1978).

Jones is now known to have been one of America's most manipulative sexual predators. He concocted a 'religious/political' fairy story of a future Utopian existence on Earth, entitled the 'Peoples Temple,' and then used his self-appointed position of authority within this unoriginal totalitarian fantasy, secretly to abuse and silence numerous, vulnerable men, women and children over a period spanning 3 decades. Classically, at the time, virtually none of Jones' sexual abuse victims came forward. There were, however, occasions when he came close to exposure. Despite his steadfast pretence of moral and intellectual authority, in December 1973, Jones (aged 42) was arrested in for ‘making lewd advances’ to an undercover, male police officer in the toilet of an ‘adult-movie theater.' Jones was quickly released without charge and reports of the incident were at first suppressed by his supporters in the media. When rumours inevitably began to circulate about Jones’ sordid sexual adventures, a counter-rumour was launched that the popular 'Civil-Rights' campaigner had been framed by the racist police Dept. However, is now known that Jones was using under-age girls (the daughters of core-adherents) to supply sexual services to influential persons whom he wanted to blackmail.

It is quite remarkable how many casual observers were completely fooled by Jim Jones' sanctimonious performance. Whilst various commentators described him as:

a 'Jeckyll and Hyde' - a man who was capable of great kindness and great cruelty.

Interestingly, exactly the same far-from-intellectually-rigorous observation was made of Hitler and Stalin; for, when the wider-picture is examined, it makes as much sense as putting counterfeit banknotes under a microscope and concluding that since parts of them appear to be faultless, they can't be completely valueless.

Due to the fact that Jones eventually caused, in a single day in 1978, the deaths of more than 900 persons (of whom around 40% were infants and children), his decades of sexual abuse have largely been ignored. However, it is a matter of public record, that, since the 1950s, the self-appointed sovereign leader of the so-called ‘Peoples Temple,’ the ‘Reverend’ Jim Jones, sought to control all information entering not only his adherents’ minds, but also that entering the minds of casual observers. This was initially achieved by his constantly denigrating all external sources of information whilst constantly repeating his group’s reality-inverting'religious/socialist/humanitarian/charitable' key words and images. During this period, Jones was protected by an echelon of amoral attorneys whilst pursuing various, hidden, criminal objectives (fraudulent, sexual and violent). Behind its Utopian façade, the so-called ‘’ was always a brutal totalitarian State in microcosm, and Jim Jones was its first and final Dictator.

As well as the central structure which he arbitrarily defined as the ‘Peoples Temple,’ Jones organized the creation, dissolution and subversion of a mystifying labyrinth of (apparently independent) corporate structures, including the ‘Jonestown Agricultural Project’, pursuing lawful, and/or unlawful, activities in order to prevent, and/or divert, investigation and isolate himself from liability. Eventually, Jones sustained his criminal activities by the imposition of arbitrary contracts and codes (loyalty, secrecy, denunciation,confession, justice, punishment, etc.) within his group, and by the use of humiliation, intimidation, calumny, malicious prosecution (where he posed as innocent victim under attack), sophism, infiltration of traditional culture, corruption, intelligence gathering and blackmail, extortion, physical isolation, violence, assassination, etc., to repress any internal or external dissent. Sadly, for more than quarter of a century, Jones’ increasingly paranoid delusions went completely unchallenged by an alarming number of unthinking observers in US law enforcement, the media and in the political, and religious, establishment. These people preferred to ignore the quantifiable evidence proving that Jim Jones was a mentally-unstable narcissist turned megalomaniacal psychopath. 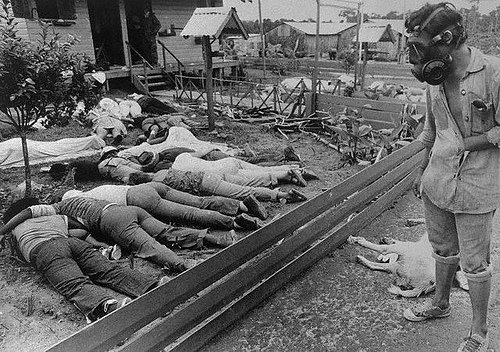 After steadfastly pretending moral and intellectual authority throughout most of his life, faced with ego-destroying reality  (in the form of a fact-finding mission led by California Congressman, Leo J. Ryan), Jones not only slaughtered his most-determined critics, but also himself, his family, his followers and even his pet animals, rather be held to account for a gruesome catalogue of clandestine crimes. These chilling events have often been inaccurately described as a 'mass-suicide.'

In the light of the recent exposure of an extensive sexual abuse scandal in Britain concerning the late Sir James (a.k.a. 'Jimmy') Savile, the BBC, the National Health Service and Savile's own echelon of amoral attorneys, the mainstream British media has been belatedly trying to answer an age-old question:

How do sexual abusers cover their tracks?

Various 'experts' agree that sexual abusers are skilled at hiding their crimes and that, to this end, they use common techniques.

In brief, the 'experts' say that sexual abusers silence their victims using a combination of fear and threats and by making their victims believe that they were at fault.

Common sense would suggest that, in order to encourage the victims of sexual abuse to come forward, these same 'experts' ought to have long-since re-named the problem:  'blame-the-victim sexual abuse.'

It is also interesting to note, that, just like Jim Jones, when faced with the looming prospect of a rigorous criminal investigation in the 1970s, the 'Amway' bosses were the first 'income opportunity' racketeers who took the precaution of moving their clandestine activities out of the USA.