'Atomy' - a pyramid scheme, but what is an 'Economic Cult?' 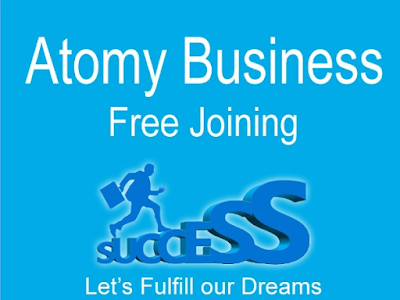 Can I make money selling Atomy products, or is it too good to be true? | Money | The Guardian

Recently, a fairly critical article was published in 'The Guardian' about a Korean-based 'MLM' racket called 'Atomy,' in which I was quoted as describing this 'Amway' copy-cat group as 'an economic cult peddling a cruel illusion.'

As a direct result of this article, I've now been asked to 'explain the difference between a pyramid scheme and an economic cult.'

Of course, what 'The Guardian' quoted, was only a small part of what I actually said:

No matter what the name over the entrance, the bosses of so-called 'Multi-Level Marketing' companies claim to be offering an 'Income Opportunity,' but what they have really been peddling is the cruel illusion of a future secure Utopian existence on Earth. Classically, an insignificant minority of 'MLM' shills have been pretending to have access to secret knowledge that has enabled them to transform from ordinary poor humans into fabulously wealthy superhumans. They further pretend to be prepared to share this secret knowledge with anyone (for a price).

A pernicious cult can be briefly defined as any non-rational ritual belief-system which has been instigated, and/or perverted, for the clandestine purpose of human exploitation.

The first identifying characteristic of any cult is:

Pernicious cults are presented externally as traditional associations. These can be arbitrarily defined by their instigators as almost any banal group (‘religious’, ‘cultural’, ‘political’, ‘commercial’, etc.). However, internally, they are always totalitarian (i.e. they are centrally-controlled and require of their core-adherents an absolute subservience to the group and its patriarchal, and/ or matriarchal, leadership above all other persons). By their very nature, pernicious cults never present themselves in their true colours. Consequently, no one ever becomes involved with one as a result of his/her fully-informed consent.

Another identifying characteristic of a cult is:

The instigators of pernicious cults seek to overwhelm their adherents emotionally and intellectually by pretending that progressive initiation into their own superior or superhuman knowledge (coupled with total belief in its authenticity and unconditional deference to the authority of its higher initiates) will defeat a negative or adversarial force of impurity and absolute evil, and lead to future, exclusive redemption in some form of secure Utopian existence. By making total belief a prerequisite of redemption, adherents are drawn into a closed-logic trap (i.e. failure to achieve redemption is solely the fault of the individual who didn’t believe totally). Cultic pseudo-science is always essentially the same hypnotic hocus-pocus, but it can be peddled in an infinite variety of forms and combinations (‘spiritual’, ‘medical’, ‘philosophical’, ‘cosmological,’‘extraterrestrial’, ‘political’, ‘racial’, ‘mathematical’, ‘economic’, ‘New-Age’, 'magical', etc.), often with impressive, made-up, technical-sounding names. It is tailored to fit the spirit of the times and to attract a broad range of persons, but especially those open to an exclusive offer of salvation (i.e. the: sick, dissatisfied, bereaved, vanquished, disillusioned, oppressed, lonely, insecure, aimless, etc.). However, at a moment of vulnerability, anyone (no matter what their: age, sex, nationality, state of mental/ physical health, level of education, etc.) can need to believe in a non-rational, cultic pseudo-science. Typically, obedient adherents are granted ego-inflating names, and/or ranks, and/or titles, whilst non-initiates are referred to using derogatory, dehumanising terms. Although initiation can at first appear to be reasonable and benefits achievable, cultic pseudo-science gradually becomes evermore costly and mystifying. Ultimately, it is completely incomprehensible and its claimed benefits are never quantifiable. The self-righteous euphoria and relentless enthusiasm of cult proselytisers can be highly infectious and deeply misleading. They are invariably convinced that their own salvation also depends on saving/converting others.